Over the years, I have been interested in large numbers, even to the point of coining names for several, see my "illion numbers" page. One day (about 20 years ago) I read a book (don't remember the name) which discussed operators beyond powers, operators such as tetration, pentation, hexation, etc. This got me interested in investigating more extreme numbers as well as extreme spaces beyond dimensional space (spaces that I now call, super dimensional, trimensional, quadramentional, etc). As time went on, I started to develop an extention to the operators seen in that book, these I will refer to as extended operators. Later after looking into known large number functions such as Ackermann's Function and Conway's Chained Arrow Notation, I could compare the extended operators with these well known functions. The extended operators far surpassed Ackermann's Function, and could actually be compared to Conway's Chained Arrow - check out M. Rob's large numbers page for details. Later I took on the task of extending the extended operators - I later discovered that extended operators could be defined by four numbers, and the next extention by five. This is the beginning of the development of my Array Notation.

The five rules for the original Array Notation were as follows:

Following shows how the operators work as well as my extension on those operators.

a {c} b = {a,b,c}, where c=1,2,3,4,5 etc represents adding, multiplying, exponentiation, tetration, pentation, etc. (After Bird's suggestion, I decided to let a {1} b = a^b instead of a+b to match the modified array notation, so the results are different now).

Now for the extended operators.

Chris Bird has shown in a proof (which we can call Bird's proof) that four entry arrays are comparible to Conway's Chained Arrow Notation and five entry arrays far surpass it.

Currently I have operator notations for up to 8 entry arrays (i.e. {a,b,c,d,e,f,g,h}), however they will be quite cumbersome to type out - a,b, and c are shown in numeric form, d is represented by brackets (as seen above), e is shown by [ ] like brackets, but rotated 90 degrees, where the brackets are above and below (uses e-1 bracket sets), f is shown by drawing f-1 Saturn like rings around it, g is shown by drawing g-1 X-wing brackets around it, while h is shown by sandwiching all this in between h-1 3-D versions of [ ] brackets (above and below) which look like square plates with short side walls facing inwards. - one of these days, I'll add a jpeg.

But Arrays can go even further - there are also pentational arrays such as an X^^^6 array which would be an X^^(X^^(X^^(X^^(X^^X)))) array where X^^X alone would be an X^(X^(X^(....^(X^X))....)))) array. Bird has attempted to write rules for extending past dimensional arrays and appears to have captured rules that fit tetration and possibly pentation - but they get quite tedious. 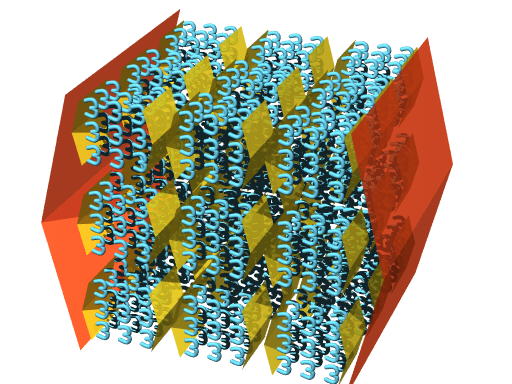 Finally, after a bit of tweeking on the array notations, I came up with a much simpler way of defining the master function behind it all, I call it the Exploding Array Function, feel free to call it the Bowers's Exploding Array Function (puts a new meaning to the concept of BEAFing up something). Before we get to the three rules of the BEAF, here are some definitions:

Base - first entry (value represented by b)

Pilot - first non-1 entry after prime entry (can be as early as 3rd entry, can be in a different dimension or beyond)

Copilot - entry right before pilot (if pilot is the first entry on its row, then there's no copilot. Copilot might be the prime entry itself, if the pilot is 3rd entry.

Airplane - a set of entries that include the pilot, all previous entries, and the prime block of all previous structures.

Passengers - any entry in the airplane that is not the pilot or copilot. This will always include the base.

Allowance: Default entries (entries that have a 1 value) can be chopped off as long as none of the entries change their positions.

a) pilot decreases by 1. b) copilot (if exists) becomes original array, but with its prime entry reduced by 1. c) passengers take on base value. d) remainder of array remains unchanged.

That's it!! - much simpler - and even more powerful, in that it can be continued as long as the structures can be defined.

Linear arrays consists of one row, ex: {3,5,6,1,3,4,2} - these are the smallest and simplest arrays - even though the arrays are small, the value of the arrays can be so huge that not even Conway's Chained Arrow notation can keep up (an array with only 5 entries will clobber Chained Arrow!!). The positions on the array can be represented by a positive integer, i.e. the 17th position.

Hexational, heptational, expandal, multiexpandal, explosal, powerexplosal arrays, etc. arrays so huge that the space its in needs to be represented by array notation (linear, dimensional, tetrational, and so forth) - how to work with these? - Only God knows - but they should form some massive arrays - and utterly unspeakable numbers when solved.

One can take arrays further to include things like the following: